The folks at Hammerton Brewery (website by others) came to me as they heard I was designing for other breweries and they felt I knew my stuff when it came to beer. One of the Hammerton family wished to resurrect the family brewery.  A large brewery situated at the bottom of Lingham Street, the business was acquired by Charles Hammerton in the late 19th century. The brewery was known for being the first in the UK to use oysters as part of the brewing process of stout in 1938. Hammerton’s brewery had closed down by the 1950s and for many years afterwards was a bottling factory for the Truman Brewery.

The next Hammerton generation came to me armed with a nice logo inspired by the Brewery’s bottle top from yesteryear, three cracking beers and a love of their London area.

They had a very clear idea of what they liked of existing beer design but not too much idea of where they wanted to go with their own image. I came up with a wide range of ideas and styles – some of which I am very proud of and I hope will one day be of some use. After a joint effort and some nice ideas from Mr Hammerton himself, we gradually carved out a style they were happy with and the result has been well received.  The beers are very popular and they are appearing in more and more pubs in London. 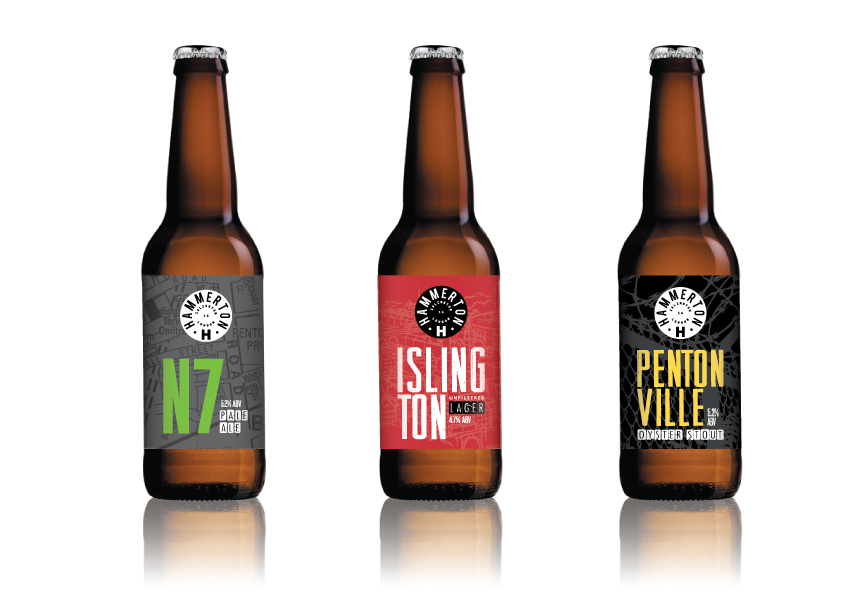 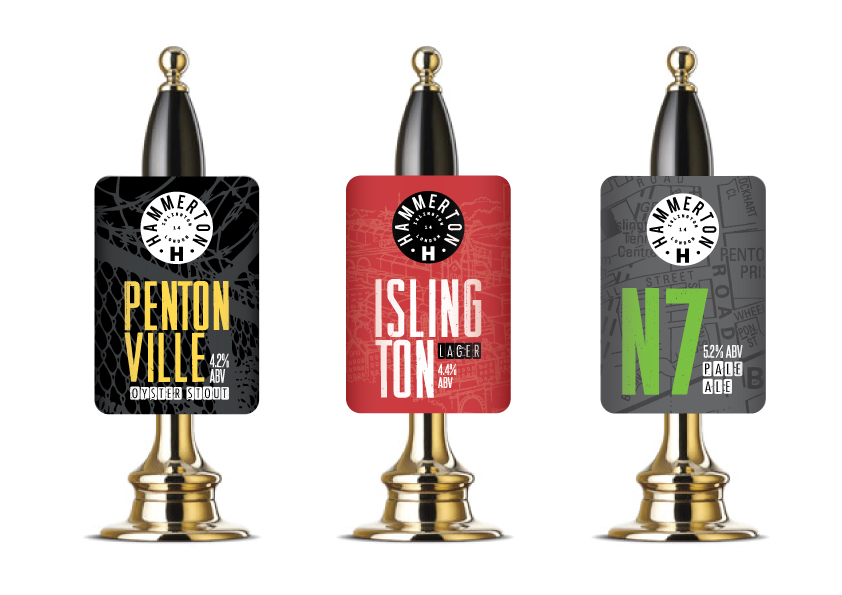 Another beer has been added to their offerings and the Hammerton brewery is well and truly back in business. Hopefully coming to a pub near you soon!

If you need packaging design, branding, help with identity or you are brewing and in need of a well practiced designer to help you reach your goal then do get in touch.  My team of art-workers and I will be able to meet your design needs no mater what style you are after. My knowledge of beer, rules and regulations, common practice, trends, brewery competition and essential consideration of form AND function (i.e. can it be seen in a dark pub!) all contribute to offering a speedy and effective solution.

Hammerton asked me when we started the project… “What if we don’t reach a solution?”…..I replied….“That’s never happened and it never will…we just keep going until you are happy.”  That was certainly the case and happy they are…after all why wouldn’t they be? They make beer for a living!  Cheers all!