I was asked to design a beer label for a charity boxing event in London. Ex-SAS were fighting Ex-Navy Seals and US special forces fighters on Armistice day. The event was doing a charity beer with a portion of the profit going to charities supporting wounded soldiers such as Pilgrim Bandits.

Ambridge Brewery contacted me and needed a beer label design turned around very quickly and of course I was happy to oblige. As I’m a fan of military fiction, film and Channel 4’s TV programme SAS: Who Dares wins, alongside my beer knowledge and beer packaging background I was well suited  to the job.

I was told that I wasn’t allowed to use the SAS or Seals logo so instead combined the two logos. Taking the Eagle from the Seals and the banner and dagger form the SAS badge.

I added the US and UK flags to represent the partnership and friendly rivalry either side and added the poppy into the middle as a central reminder of the purpose of the event.

The event was a great success with plenty of money raised, lots of beer sold and I got to meet some of the SAS guys too including Ant Middleton who approved of the beer design. 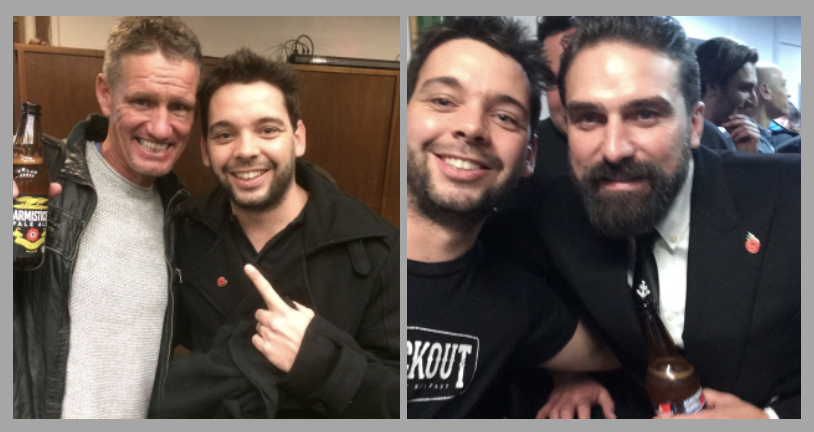 If you need a beer label designed and have a long or short deadline, get in touch.